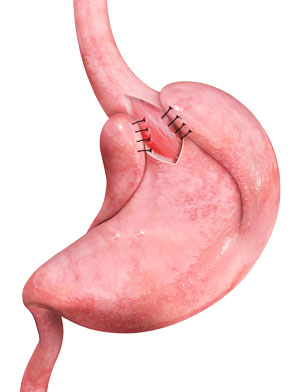 What is Heller Myotomy?

Heller myotomy is a surgical procedure to open the tight sphincter muscle (LES) by cutting the thick outer muscle tissue between the esophagus and stomach. This is usually followed by a partial fundoplication to prevent reflux following the surgery. The surgery allows food to pass easily into the stomach.

Achalasia is a condition that causes weakening of the upper esophageal muscles and prevents complete relaxation of the LES, making passage of food and liquids into the stomach difficult. These problems create difficulty in swallowing and can lead to weight loss, malnutrition, vomiting, and dehydration.

You will have to be on a liquid diet for 3-4 days before the procedure in order to clear the esophagus completely.

Following the procedure, you may be discharged after a day, if you have undergone a laparoscopic surgery or after several days in the case of open surgery. You may be advised to consume liquids and a soft food diet for a month. After fundoplication, you may be instructed to change your eating habits for a few months to help in the healing of the created esophageal valve.

Medications will be given for pain relief. Avoid strenuous activities, lifting heavy objects and driving for at least 2 weeks after surgery. Inform your doctor immediately if you experience fever over 101 degrees F, nausea or vomiting for 24 hours, constipation or diarrhea for over 48 hours, or swelling, redness and odorous drainage from the incisions.

Risks and Complications of Heller Myotomy

As with any procedure, Heller Myotomy involves potential risks and complications. They include: