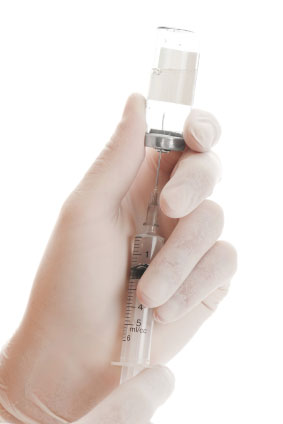 Intravascular thrombolysis is the injection of drugs to dissolve or break down blood clots formed in blood vessels to prevent damage and death of tissues. It is often used as an emergency treatment for heart attack, pulmonary embolism, and stroke, when clots block blood vessels supplying the corresponding vital organs of the body - the heart, lungs, and brain. The procedure is also indicated to treat blood clots formed in bypass grafts (blood vessel implanted to bypass a blocked artery) and dialysis catheters (catheter implanted for kidney dialysis use).

During the process of thrombolysis, clot-busting drugs can be given intravenously (IV) or administered with the help of catheters (flexible tubes) directly at the site of blockage. To do this, an incision is made at the groin, wrist, or elbow to access the underlying artery. The catheter is inserted through this incision and threaded to the region of the clot under the guidance of live X-ray imaging (fluoroscopy). Once the catheter reaches the clot, your doctor injects medication to dissolve it.

Intravascular thrombolysis is not recommended if you have an increased risk of bleeding or have underlying conditions such as high blood pressure, severe kidney disease, recent surgery, severe blood loss or bleeding, or stroke due to internal bleeding of the brain.

As with all invasive procedures, intravascular thrombolysis may be associated with certain complications such as severe internal bleeding, bruising, migration of the blood clot, damage to the blood vessel and kidney damage.

Ideally, intravascular thrombolysis should be given within 90 minutes of arriving at the hospital.